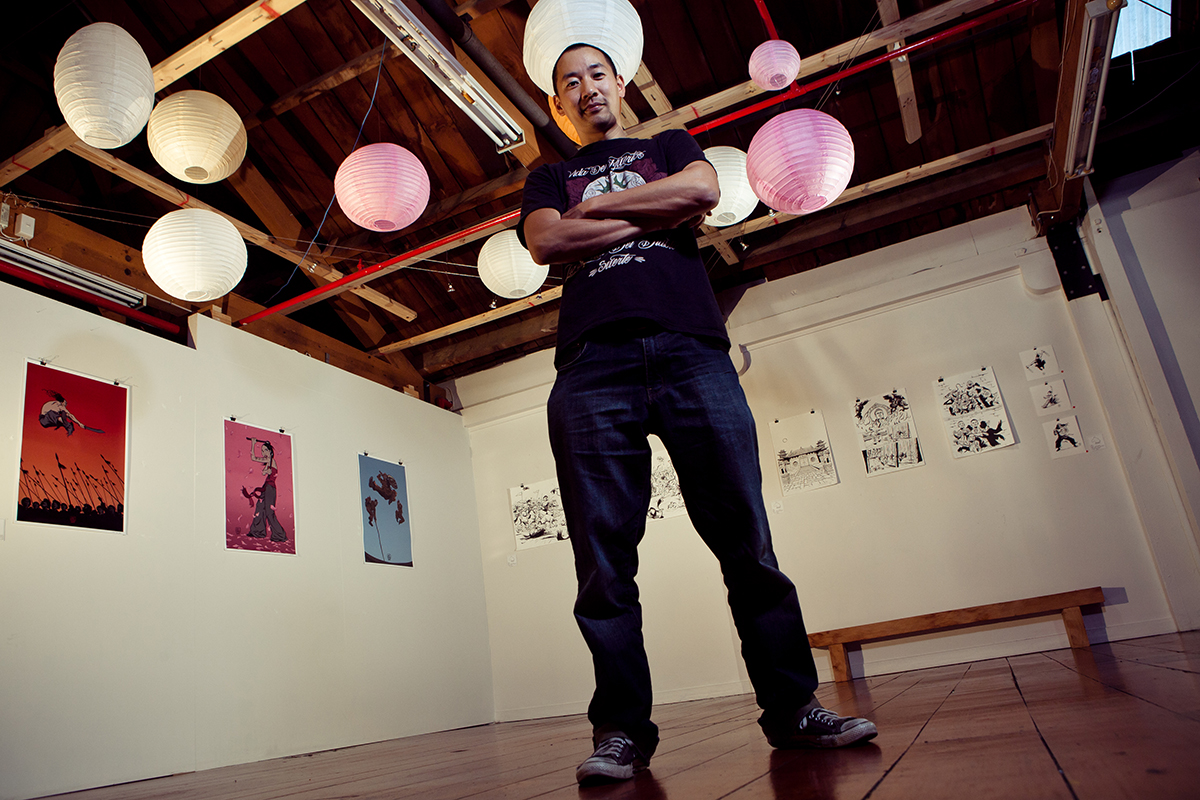 Ant Sang has been drawing since he was a kid.

Brought up in New Zealand and Hong Kong, he lived on a heady diet of comics, cartoons, anime, sci-fi and Shaw Brothers kung fu films.

In the mid-90s, inspired by the alternative comics scene, he began writing, drawing and self-publishing mini-comics. Since then Ant has become one of New Zealand’s most well-known and respected graphic novelists.

From his studio in Auckland, Ant has won awards for his graphic novels and character designs. His comics have been published in the US, UK, Canada, France, Taiwan, Australia and New Zealand.

Ant loves creating powerful, thought-provoking stories with a dash of dark humour. Although primarily known for telling stories in the visual medium of comics, he is increasingly becoming known for his writing and screenwriting. He now divides his time between comic and film projects.

Or leave a message for Ant: