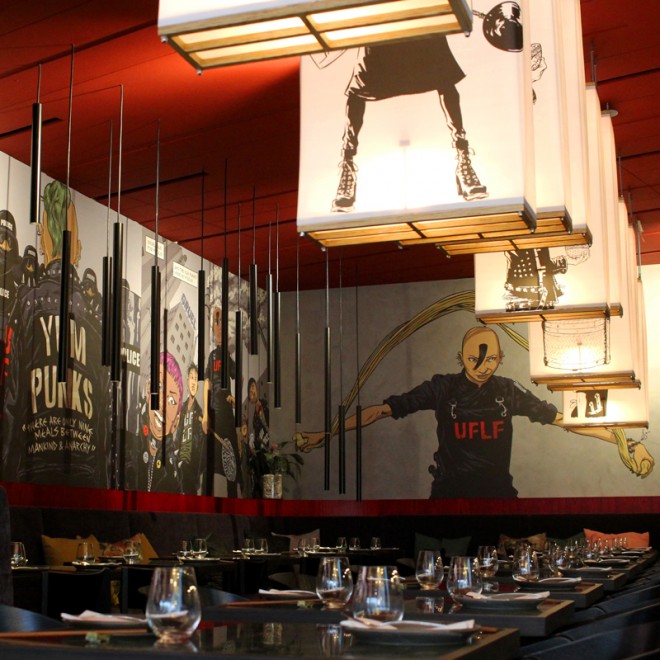 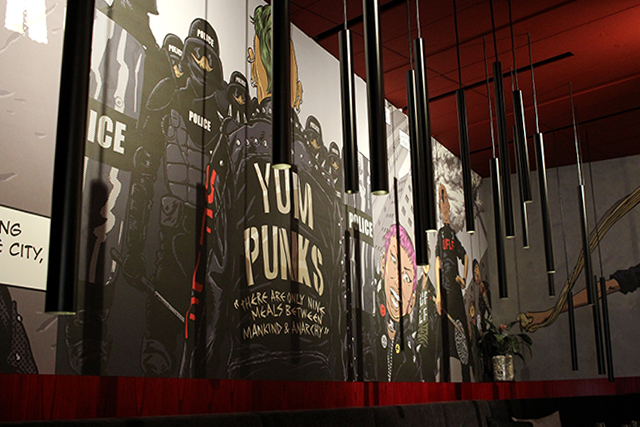 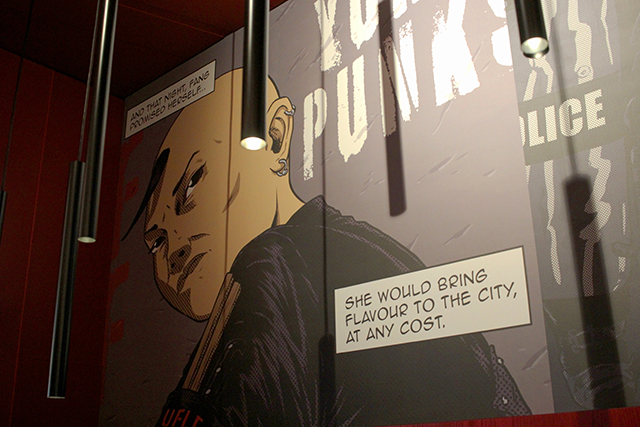 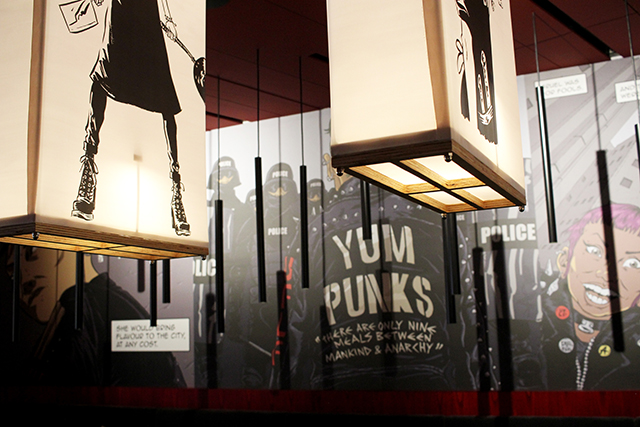 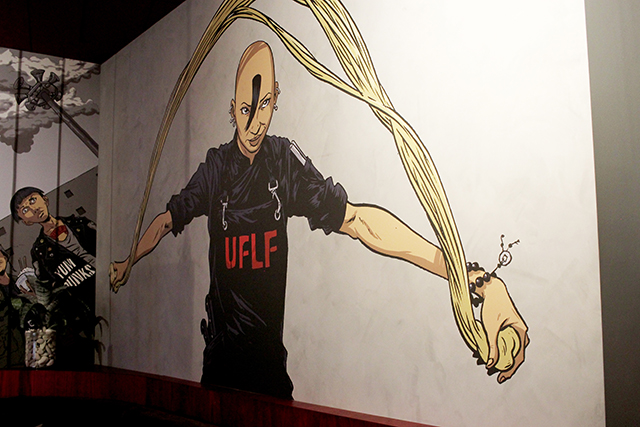 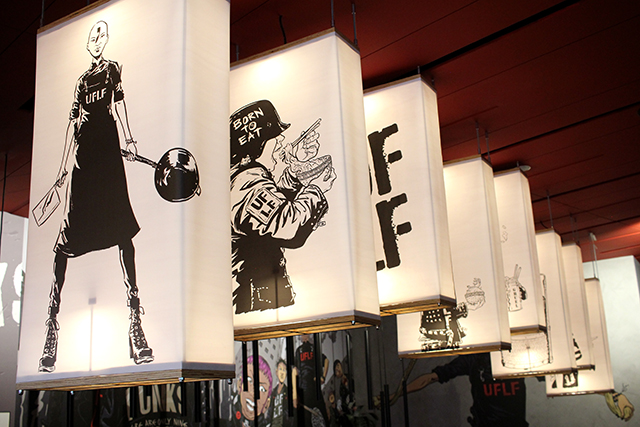 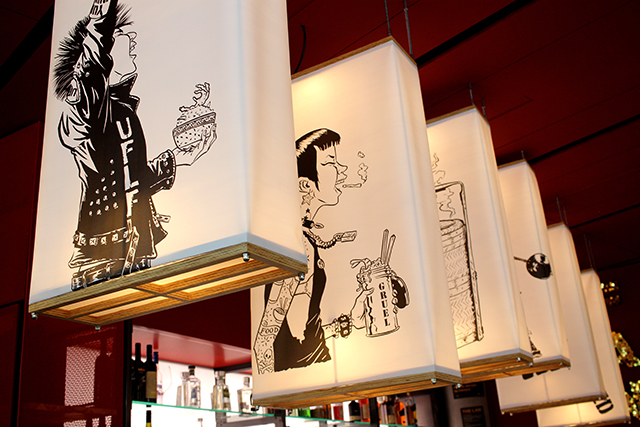 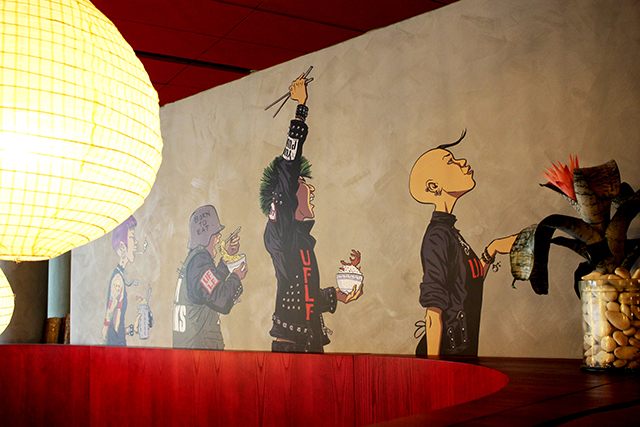 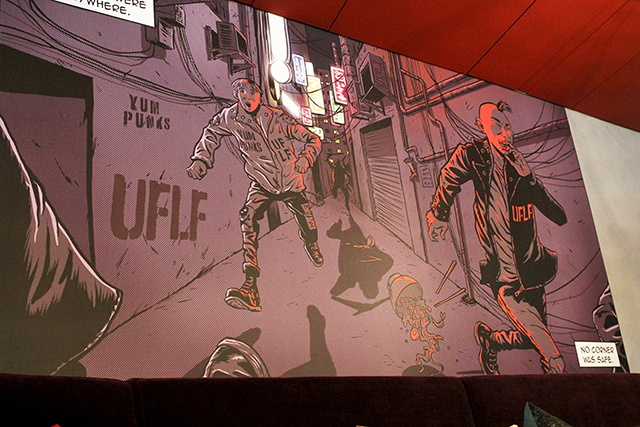 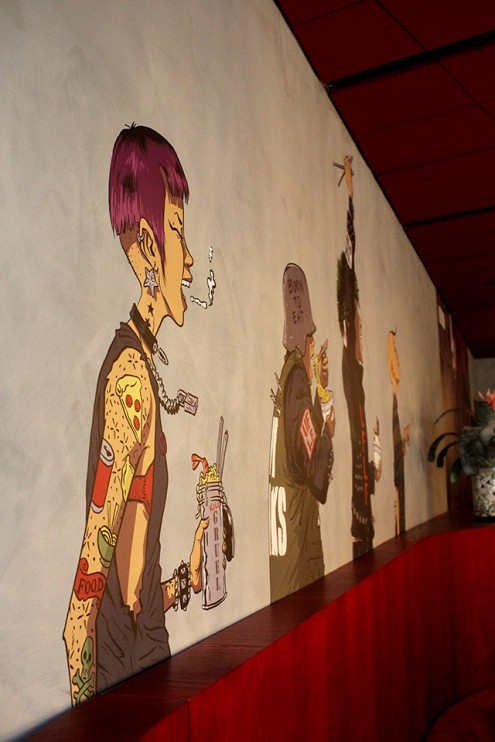 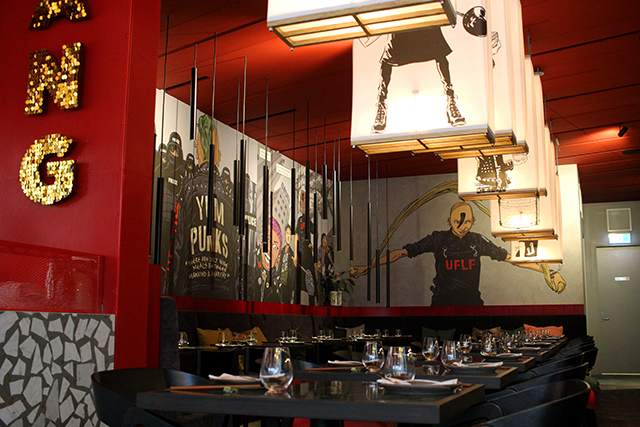 I was commissioned to create artwork for Fang; an exciting new restaurant by Auckland’s food power-couple Aaron Carson and Francesca Mazza, and described as a ‘Sichuan Flavour Grenade’.

The concept of the restaurant was straight out of a dystopian comic book: In the future the government has decreed the population must only eat a bland, homogenised food called Gruel. But  renegade chef, Fang, fights the government and leads the Underground Flavour Liberation Front (UFLF) and her devoted follower (the Yum Punks) to keep alive the traditional recipes she learned from her grandfather Tom Yum.

The brief was to bring the story of Fang to visual life, and to create comic-style artwork which was in-your-face, anarchic and confrontational (in a fun kind of way).

My artwork was drawn with brush and ink and then digitally coloured. The artwork was then printed onto vinyl and applied to the walls. Other artwork was printed onto fabric for the hanging lanterns and created as stencils, which were used to spray paint the designs onto the pillars.