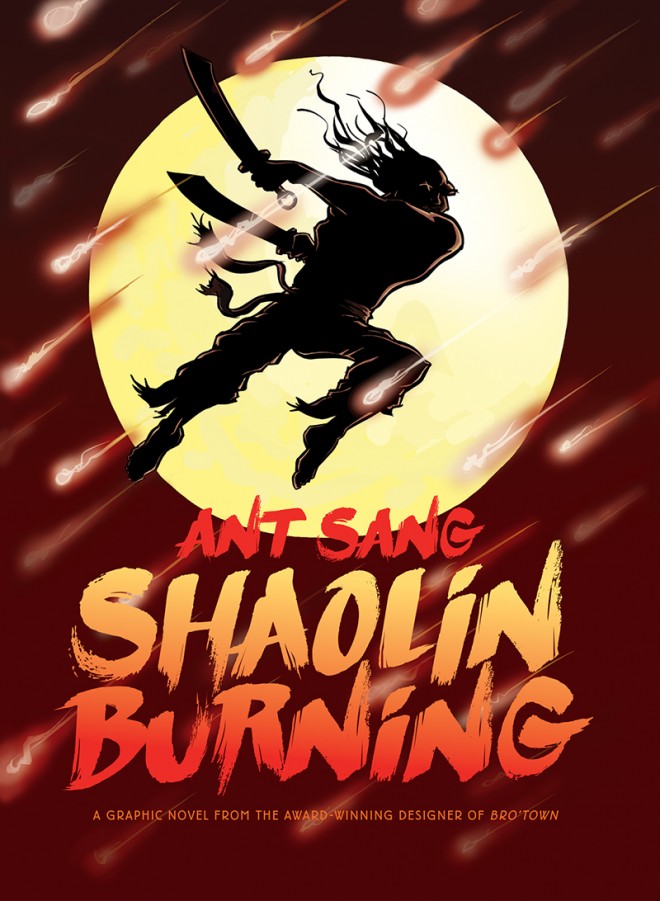 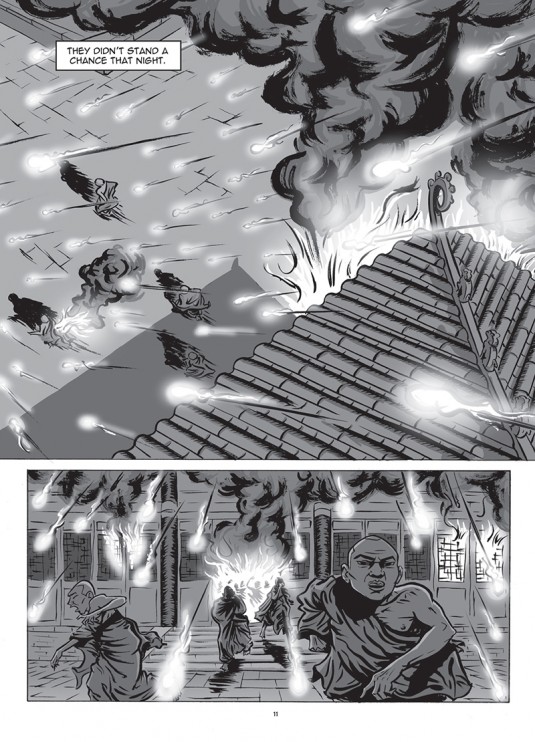 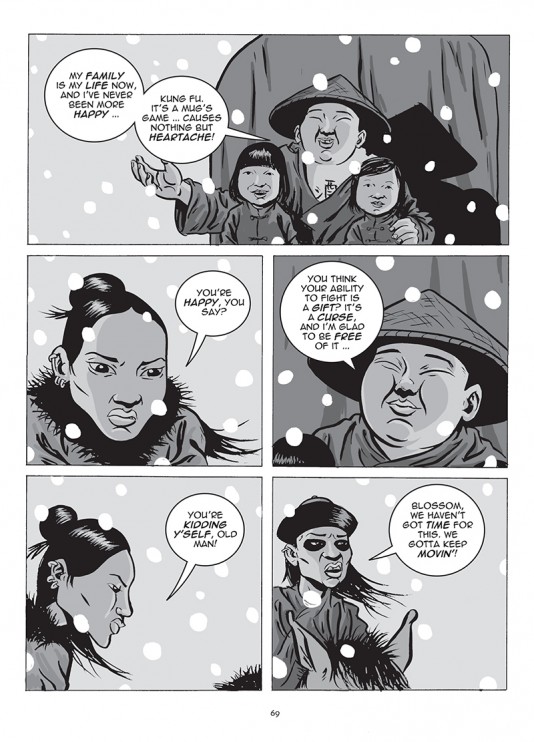 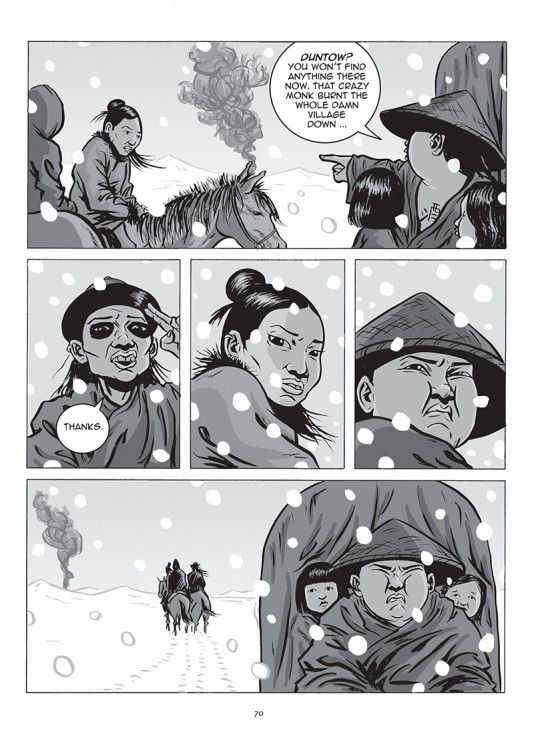 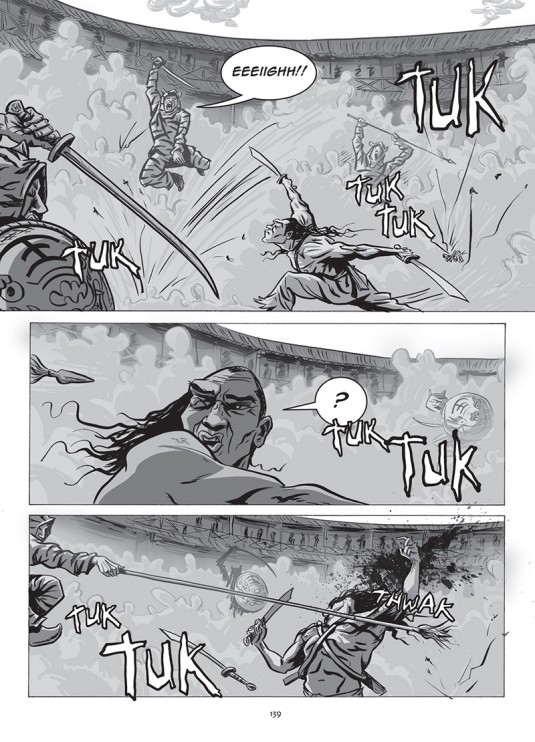 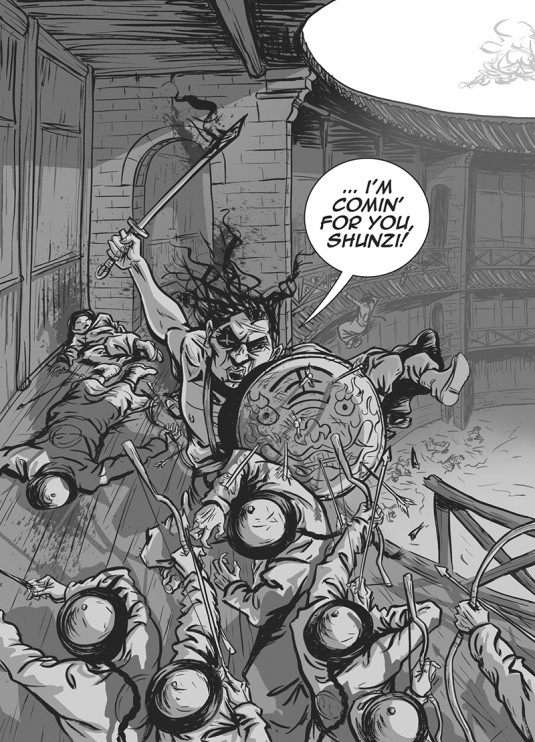 Shaolin Burning is a kung fu saga set in turbulent, seventeenth century China. It tells the story of two kung fu fighters, Deadly Plum Blossom and Monk Who Doubts, whose paths are destined to cross.

Breathing new life into kung fu mythology and Chinese history, it’s a story of breath-taking beauty and no-holds-barred, kick-ass action sequences – but is at heart a “meditation on the sacrifices and choices demanded by art.”

Shaolin Burning ranked on the NZ Booksellers Top Ten for 10 weeks, won an Honour Award at the NZ Post Children’s Book Awards 2012, and was chosen for the Storylines Notable Young Adult Books 2012 list.

“a thoughtful meditation on the sacrifices and choices demanded by art” —Dylan Horrocks (Hicksville, The Magic Pen)

“Sang’s landscape breakout panels where the warrior monk slaughters everything in his path has the poetry of a ballet” —Tim Bollinger, Werewolf: Cartoon Alley

“Fans of Sang have been waiting for a work like this, and it doesn’t disappoint. The story reeks of authenticity. Legend and myth are told with powerful understatement… Drawn with a razor-sharp eye for comic cool, the story burns, kicks and slashes along” —Matt Bowler, Nelson Mail