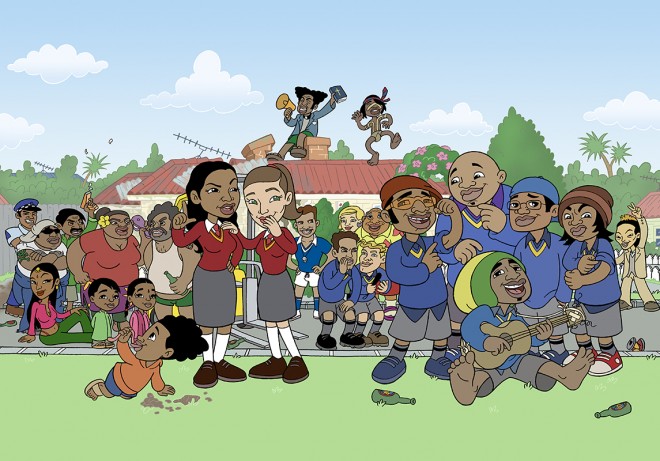 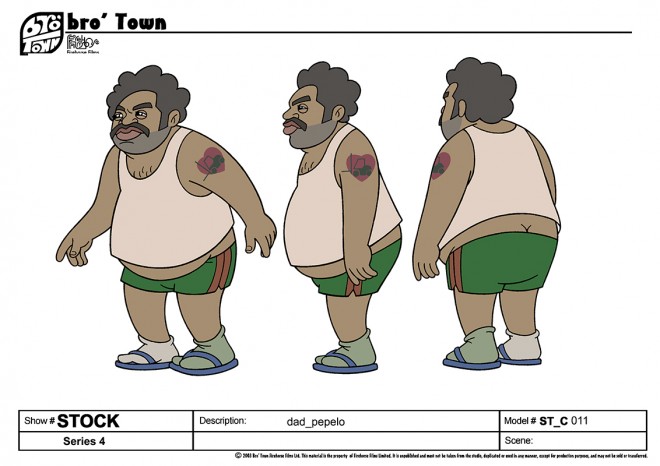 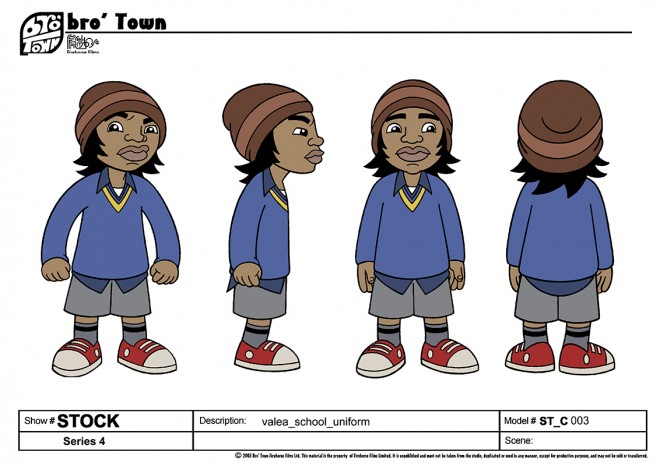 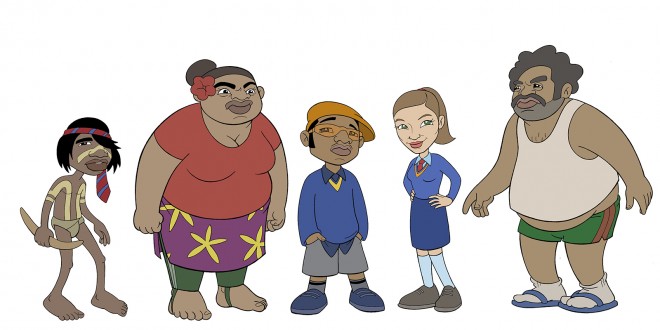 bro’Town – a hit, animated television show which follows the misadventures of five kids growing up in the semi-fictional suburb of Morningside, aired for five hilarious seasons. The show picked up numerous awards for Best Comedy and Best Comedy Script.

Its catch phrases “Morningside for life!”, “Not even ow!” and “I’m going to the pub, I might be some time” could be heard repeated throughout classrooms, households and workplaces across New Zealand by enthusiastic fans. bro’Town characters appeared on everything from t-shirts, bedding, lunchboxes, books, toys and a whole heap more merchandise at the height of the show’s popularity.

Ant was the show’s head designer and was responsible for character, location and prop designs. He worked closely with the show’s producer, writers and directors, and led a small crack team of designers to bring the script (and world of bro’Town) to animated life. He was also responsible for producing merchandise artwork.

Ant won the Achievement in Production Design award in 2006 and 2008 at NZ’s Film and Television Awards, for his work on the show.